Obit writers are getting a lot of work these days.  And maybe more recognition.  The recognition is long overdue.  The workload?  Growing exponentially from the coronavirus pandemic, with more to come from some states reopening prematurely and, absent social distancing, from large Black Lives Matter protests across the nation.  In the media, Covid-19 has given new life to death.

Years ago, when I was working for the Philadelphia Evening Bulletin, the newsroom had a ghoul pool.  Everyone chose a prominent person, kicked in a buck, and then you hoped your guy would croak first so you could win the pot.  Don’t ask me who wrote the obituaries. My guess is, unless it was some prominent Main Line man or society woman, a wire story sufficed.

At the Washington Post, when I came on board in February 1970, you might be drafted to write an obit, if you were a general assignment reporter not otherwise occupied. If the deceased were local, the first thing you did was confirm the death by calling the funeral home. That’s because there were stories, not all apocryphal, of fake obits.

It was good training for a cub reporter, and it still applies. Two Baltimore city workers were fired recently for faking obits to obtain bereavement leave. Their ruse came to light after they posted vacation photos on Facebook.

In my first ten months at the Post, from Feb. 23 to Dec. 31, 1970, I had more than 100 bylined stories, and seven of them were obits of persons of some prominence.  My first was of actor Ed Begley. Others included “yachtsman” H.S. Vanderbilt; “Congresswoman” Louise Reece, “GOP National Chief’s Widow”; J.W. Krutch, “Critic, Naturalist”; and Admiral Charles M. Cook, “Commander of Pacific Fleet.”  My obituary for King Peter of Yugoslavia, the only royal in the lot, sadly lacked a byline.

For me, these deathly nuggets were an occasional chance to feast on something other than the daily Metro diet of local news.

People, the joke went, were dying to get into the paper. Today, that comes across as more macabre than funny. In the pages of print newspapers – those that remain – Covid-19 has helped to revive a dying business.  If the internet all but destroyed classified ads, printed paid death notices have surged, filling not just a column but columns, sometimes pages—a revenue stream that for now shows no signs of drying up. Here’s one wryly written: 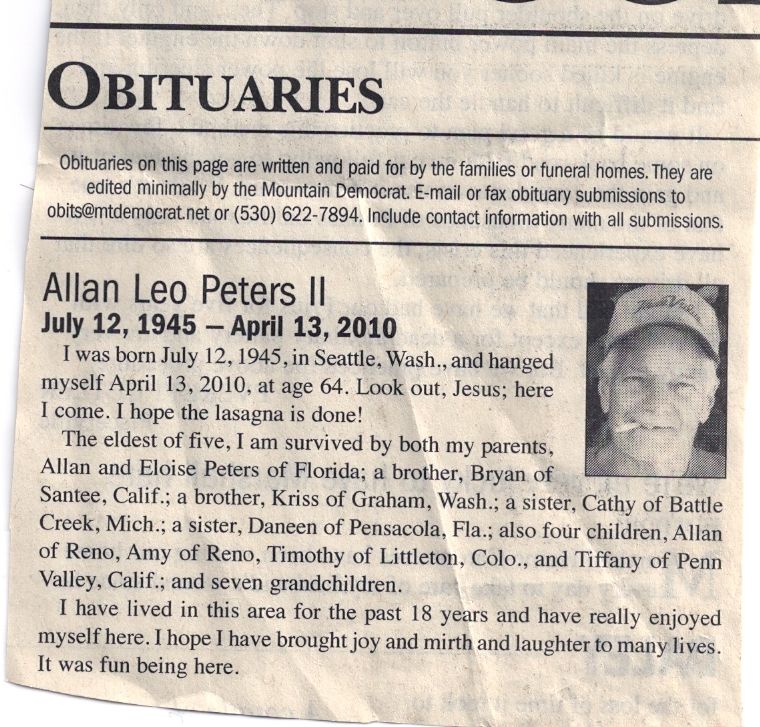 And lengthy obituaries, even of local figures, have re-emerged in the Washington Post’s Metro section, where brief  obits labeled “community deaths,” once consigned to the web site, now also may appear in print. If there were still any question about the rebirth of death in the paper of record, The New York Times totally killed it with its Sunday, May 24, 2020 front page (plus one whole inside page) of names and bio snippets of 1,000 of this country’s first 100,000 Covid-19 deaths.

As I write this, a little more than two weeks later, the death count has risen to 115,017.

If the obituary desk was once considered the graveyard of newsrooms, where once perhaps illustrious but since fallen reporters went to finish their careers, A-team writers are now being called upon to craft full portraits of the deceased.  Suddenly, becoming an obituary writer is no longer a dead end job.

But lest we forget, there were notable exceptions in the past. Alden Whitman, of The New York Times, pioneered the “advance” obit, deeply researching the lives of the still living.  At the Post, J.Y. Smith, who retired as obituary editor, carried on that tradition, and one of his advance obits  (of Fidel Castro) appeared with his byline nine months after he had died, at the age of 74, in January 2006.

Breaking the mold of mundane formulaic obits, Jim Nicholson, of the Philadelphia Daily News, received the American Society of Newspaper Editors’ first Distinguished Writing Award for Obituary Writing in 1987. Eschewing the rich and the famous, he chose to memorialize the lives of extraordinary ordinary people.

In writing his obit in 2019, Adam Bernstein, the Washington Post’s current obituary editor, recalled Nicholson’s comment on how he decided whose life to feature.  “Who would you miss more when he goes on vacation,” he asked, “the secretary of state or your garbage man?”

In this era of the coronavirus pandemic, suddenly we are all garbage men (and women), and, thankfully, even as the tsunami of big breaking stories cycles on, obits are a renewed staple of news coverage to share our end-of-life stories. 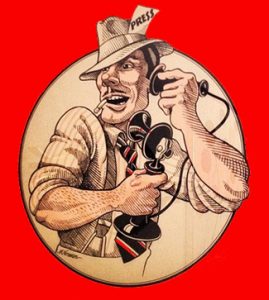