The Central High Alumni Record arrived in the mail the other day.  The news was that the annual reunion, not held since 2019, and scheduled for this May 15, has again been canceled, for the third time, due to the pandemic.

But vying for the lead story were the death notices – obituaries, really – that increasingly fill the bi-annual alumni newsletter of the school that closed for good in June 1950. That is when the building housing Central, the elite public high school for white Washington during segregation, became Cardozo High School for blacks that September, to maintain the fiction of separate but equal, the law at the time.

I have written about Central before, first for the Washington Post Magazine in 1997, when I told the story of white Centralites finally acknowledging their ties to Cardozo by establishing a scholarship fund for the graduates of what was by then, decades after court-ordered integration had resulted mostly in white flight to the suburbs and to “Upper Caucasia” west of Rock Creek Park, a de facto if not de jure segregated, overwhelmingly black school.

I predicted in that article that the Central alumni association had run its course and would soon have its own obituary. I was wrong.  School ties die hard, and they can survive, apparently for decades after their expected demise. In 2018., I wrote a Retropolis feature for the Post saying as much. The headline was: “Central High School gave up its building but not its spirit.” 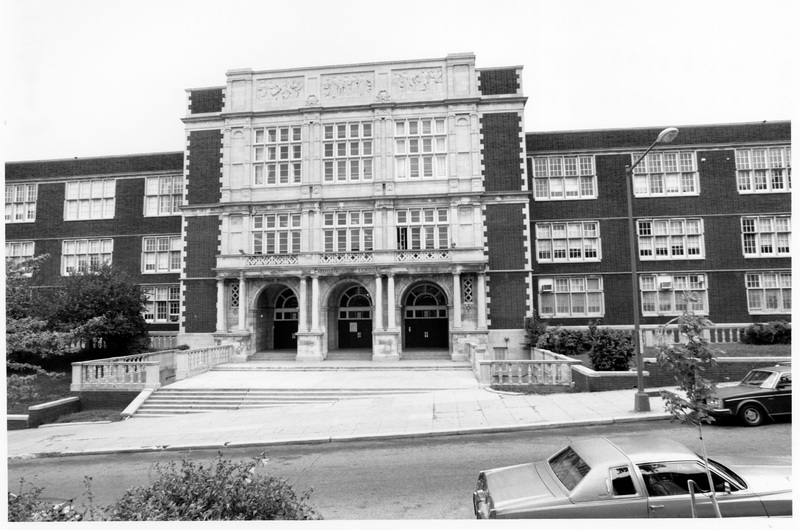 That spirit continued at the annual reunion lunches, where alumni sang the school song and shouted the school cheer. “Central Will Shine Tonight” was the song they sang. The school’s motto was “Tenax Propositi,” Latin for “Stay steadfast to your endeavors.” This, despite the advancing years, they did.

Joan Chaconas, a 1949 graduate, was then and remains the alumni association president, but an alumna’s son now does a lot of the heavy lifting. He’s a mere 74, a young whipper snapper.

Howard Hooper’s mother Mary Katherine Zimmer graduated from Central in 1936 and died in 2013 at the age of 95. He became a Centralite by association when he began taking her to alumni board meetings. Now, as aging has taken its toll, Hooper, a retired accountant, is both association treasurer and editor of the Alumni Record.

Over time, he told me, ““I got to know a lot of good people, more than from my own class reunions.” He marvels, for instance, at Leonard Lobred ’37, who died just this March at the age of 100 and was mentally sharp right up to the end. Hooper would ask him a simple question and get a three-paragraph reply.

But then, Lobred had a journalism degree from North Carolina, and, after serving in the Navy during World War II, was a reporter covering the Navy, the Pentagon and the Capitol, and then, for 40 years, as a journalist and in “government-industry relations” for  the National Canners Association. “He contributed research and articles to the CHS Alumni Record till his passing.”

Hooper mentions, too, Army Brig. Gen. Evelyn Patricia Foote, a 1947 Centralite who was a groundbreaking high-ranking woman in the U.S. military, and still living. The association’s youngest living members now are the those who started at Central but left after the school became Cardozo. Had the high school on the hill retained its former name and identity, they would have been in the Central graduating classes of 1951 and 1952.

The latest newsletter devotes 10 of its 12 pages to the recently deceased.  Hooper notes the passing of Jeannette (Johnson) Hubbard, on Feb. 22, at the age of 101, “the first I have seen that states the death was due to the virus.” Writes Chaconas, in her President’s Message: “I’m sure a lot of you have had your Covid shots now, as most of us are in that age bracket. I had mine when I hit ninety in March. I can still go to work, but my hours have been cut so I have more time on my hands.”

A story inside the newsletter “Dedicated to My Friend Leonard Lobred” tells how Central fared during the 1918 flu pandemic, when coffins were stored at the school at 13th and Clifton Streets NW, classes were suspended for three weeks (no online learning back then), and Miss Rizer, an English teacher, succumbed to the deadly virus. Maybe we should feel lucky that we were not around for the Black Death Plague of the middle ages, Hooper notes in italics.

Hooper says there were 1,100 on the mailing list when he took it  over in 2008, now there are maybe 200, and “our finances are getting pretty low. We probably will quit around the same time we run out of people. I’m not going be the one to cancel it, let me tell you that,” Hooper says.

“If you want to attend, you’re more than welcome,” Hooper tells me. “Mark your calendar.”