These are tough times, no doubt about it.  Extreme weather related to climate change.  Worst inflation since 1981.  Russia’s genocidal war against Ukraine.  The unraveling revelations surrounding the Jan. 6 insurrection.  A stacked and stolen Supreme Court, the lasting legacy of the former president put in office by a minority of the voters thwarting the will of the majority in our so-called democratic republic. The lingering pandemic. Mass shootings. Buffalo. Uvalde. Highland Park. What’s to celebrate?

Then along comes Mark Bucher, the burger king of Bethesda who, at the peak of the pandemic in March 2020 founded Feed the Fridge, providing free meals for those in need in cooperation with local restaurants. The prepared meals are delivered to fridges in schools and community centers in the DC area. Beyond that, when a summer fire recently destroyed the dining halls at the century-old Camp Airy in western Maryland, Bucher and his volunteers, working at his Medium Rare restaurant in downtown Bethesda, cooked and delivered 600 meals to the bereft campers.

This is the kind of story about which we used to say, “too good to check.”  But check it I did, for Bethesda Magazine.  My feature story is in the current issue which can be viewed for free in digital form on the magazine’s website. The story begins on page 86.

In other late breaking news, I’m proud to report that B’nai B’rith Magazine, of which I’ve been the editor for 12+ years, won three Rockower awards in the annual competition sponsored by the American Jewish Press Association for stories published in our 2021 issue. We won first place for “In Search of Kreplach: More Than Just Jewish Ravioli,” and two second place awards for “Israel’s Golden Age of TV.”

What to Americans in 2022 is the Fourth of July?

This Fourth of July passed with mixed feelings. “What to the slave is the Fourth of July?” Frederick Douglass plaintively asked in an 1852 speech, prior to the Civil War fought to free the slaves and restore the union. 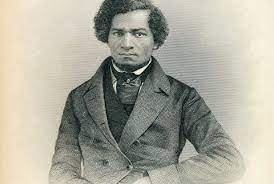 On July 4, 1896, with slavery replaced by repressive Jim Crow laws, Sidney Randolph, an itinerant worker from Georgia, was lynched a mile from the Rockville courthouse. His was the last of three documented lynchings in Montgomery County, Maryland, in his case for an ax murder he’d allegedly committed. Despite much evidence to the contrary, vigilante justice prevailed. In 2018, I told his story in the Washington Post. Click here to read it.

Two other items worthy of note related to the Civil War and the fight to free the enslaved. On July 11-12, 1864, the Civil War was joined close to home at Fort Stevens, as Confederates attempted to attack the nation’s capital.  They lost that battle—and the war (but, arguably, won the peace). Famously, President Lincoln ventured there during the battle and narrowly escaped being shot. “Get down, you damn fool,” a young captain is said to have commanded the commander-in-chief.  His name: Oliver Wendell Holmes, a future Supreme Court Justice.  Forty-one Union troops killed in the battle are buried in nearby Battleground Cemetery on Georgia Avenue NW.  Seventeen Confederate dead were buried in Silver Spring at Grace Episcopal Church where, until last year, a monument in their memory stood often with flowers at the base.

Harriet Tubman’s visage has yet to grace the $20 bill. But in The New York Times historian Martha S. Jones takes us to the land of her birth, enslavement and escape in Dorchester County, on Maryland’s Eastern Shore. Jones tries to time travel to envisage the environment in which Tubman was enslaved and from which she fled and to which she returned to liberate others. Though it is still sparsely populated, Jones finds stark evidence of rising sea levels that have dramatically changed the landscape, turning marsh into open water. You can read her story, posted on June  21, by clicking here.  My story on Harriet Tubman, the Eastern Shore and the currency controversy ran in the Washington Post on Oct. 27, 2017. You may read it by clicking here. 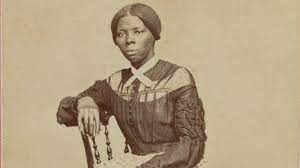 Hidden Maryland: In Search of America in Miniature is a work in progress. It’s an illustrated collection of some  50 “Hidden Maryland” columns and features I wrote for Maryland Life magazine from 2006-2013 and will soon be available in e-book and paperback form.  For more details, watch this space.