Could a World’s Fair put a smiley face on America?

For much of our history, world’s fairs have done just that. During times of triumph – and especially of trial – these garish events have papered over our imperfections and even in the darkest of times have offered a sunny picture of the present and a rose-tinted view of a bright tomorrow.

In both the present and future, ours would be times of engineering marvels, of spiritual awakenings—of American exceptionalism.  The world around us could be in shambles, our country in dire straits, our carefully constructed institutions and infrastructure crumbling.  But, world’s fairs were there to boost our morale, to reassure Americans that the best was yet to come–and that the present, despite myriad travails, wasn’t so bad at all.

It may have been no more than an illusion, but how comforting it could be. America could celebrate the country’s centennial in 1876 without focusing on the imminent end to Reconstruction, the institution of Jim Crow laws, the restitution of white supremacy and the disenfranchisement of the newly enfranchised formerly enslaved. The exhibition in Philadelphia’s Fairmount Park would instead show off the latest mechanical inventions of the Industrial Age.

Call it The Diversion Factor

For a collector like me, world’s fairs could be a great diversion – or simply boxes full of ephemera: postcards, banners, ride tickets, guidebooks and brochures. But pause for a moment to peruse and consider them, and a three-dimensional view emerges of an escape from the realities of harsh and unforgiving times.

In 1933, one-third of the nation could be unemployed, ill-clothed, ill-fed, facing financial ruin and despairing. But in Chicago we could mark “1933 century of progress” with a glorious exhibition only 40 years after the 1893 Columbian Exposition in the same city marked 400 years since Columbus “discovered” America.

As many as 39 million attended the 1933 world’s fair, pegged to the city’s centennial. Its theme was “technological progress,” at a time of human regress.

In 1939, in the shadow of world war, at the New York World’s Fair, we could gaze inside the General Motors pavilion at a model of “The World of Tomorrow,” with its glimpse at 1960’s uncongested superhighways.  Fair goers were given a button that said, “I have seen the future.” If only.  Attendance counters added up 45 million visits to this utopian oasis, even as the lights went out all over the world.

“Building for tomorrow” was the fair’s theme. “We are convinced that the potential assets, material and spiritual, of our country are such that if rightly used they will make for a general public good such as never before been known,” the theme committee proclaimed.

In E.L. Doctorow’s novelistic memoir “World’s Fair,” his youthful protagonist Edgar, fresh from the Depression-era Bronx, says, “”As the evening wore on I forgot everything but the World’s Fair.  I forgot everything that wasn’t the Fair as if the Fair was all there was, as if going on rides and seeing the sights, with crowds of people around you and music in your head, were natural life.”

But then came reality:  On Sept. 1, Germany invaded Poland, triggering six years of state-sponsored mass murder and the physical devastation of a continent. Still, the fair continued into 1940, when European countries were falling like dominoes to the Nazi blitzkrieg. The theme that year was “for peace and freedom.” Well, amidst all the glitz, one could at least wish.

A generation later, in the Borough of Queens, New York City again provided the setting at the same location for another World’s Fair, in 1964-1965.  It opened just months after the November 1963 assassination of President John F. Kennedy. I was in Washington during college spring break, in a long line at Arlington National Cemetery leading to the eternal flame at JFK’s grave. The fair also opened that spring; it would draw 51 million visitors.  I recall  making at least one trip to Flushing Meadows, but my memory of that is far less vivid.

Still, LBJ’s Great Society promised to transform America, even as we were about to descend into the mire of Vietnam, with 57,000 American fatalities stretching to 1975, and exponentially more deaths on the other side—and our country once again bitterly divided. A World’s Fair was like a bandaid on a national wound. It could cover but could not heal it.

Today’s America is, more or less, at peace, but the state of our nation, at home and abroad, is fragile, and, many feel threatened not so much from without as from within. One senses that we are in the throes of another Great Depression. But this time it’s not economic. It’s emotional.  The country is polarized.  People are angry, or alienated, or simply depressed and fearful.

This time, there is no magic elixir to heal us. No wondrous Ferris Wheel, the centerpiece of the 1893 Columbian Exposition, to lift our bodies and spirits. Artificial Intelligence and the Internet of All Things promise worry-free existence, but also to rob us of all human agency.

Writing in the early 1980s, I envisioned a world’s fair that would look not forward but backward.  I called it “backtracking,” and I suggested it might be our salvation.

A World’s Fair might be a great, temporary diversion—a distraction from what to some might seem like the worst of times.  But it will not cure what ails us. “The world is too much with us,” as the 19th century poet William Wordsworth wrote, for just a fun day at the fair.

And this is no time for distractions. 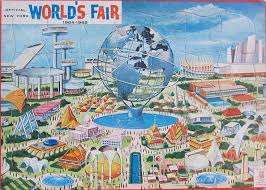 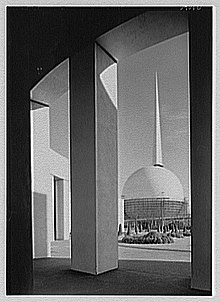