Maryland is an oddly shaped state that coils around our nation’s capital. West Coasters tend to think of it as a series of bedroom communities that house the Washington elite in swanky suburbia. It also, has a Civil War connection, a booming tech industry, and a reputation for freshly caught shellfish. Remember the bumper stickers of some years back? If Virginia Is For Lovers, Maryland Is For Crabs.

When thinking of Maryland, those of us with movie connections focus on Baltimore, birthplace of two writer/directors who’ve made their mark on film history. Barry Levinson set his first four films in Baltimore, reflecting aspects of his own growing-up years in Diner (1982), Tin Men (1987), Avalon (1990), and Liberty Heights (1999). Eventually Levinson moved on to other locales for such hit films as The Natural, the Oscar-winning Rain Man,  and the hilariously prescient Wag the Dog. Meanwhile, filmmaker John Waters has always stayed close to his Baltimore roots, in such strange and uproarious cult classics as Pink Flamingos (1972), Polyester (1981), and Hairspray (1988). The last of these was eventually transformed into a Tony-winning Broadway musical, which in turn became a hit film: its peppy opening number is “Good Morning, Baltimore.”

My knowledge of Maryland may be limited, but not so my colleague Eugene L. Meyer, who for years has written about the delights of his home state in Maryland Life magazine and the Washington Post. His new book is Hidden Maryland: In Search of America in Miniature. Roaming the state, Gene uncovers all sorts of Maryland quirks and secrets. What I took away was that even in Maryland, you’re never too far from dreams of Hollywood. Gene warmly profiles the owner of Vera’s White Sands Restaurant, a “Kon Tiki tacky” Polynesian restaurant in Calvert County. Miss Vera (who, alas, recently passed on at age 92) loved to reminisce for her clientele about her glamour days in the Hollywood Hills, down the road from Humphrey Bogart and Lauren Bacall. Gene also writes about tiny Delmar, spanning the Delaware-Maryland border: it was the birthplace of William Alland, who played the reporter doing a post-mortem investigation of Orson Welles’ character in Citizen Kane.

Some genuine Hollywood figures still make their homes in Maryland. A blue-collar section of Montgomery County is the stomping ground of crime novelist George Pelecanos, who won multiple awards for his work as a writer and producer on TV’s The Wire. Pelecanos’s knowledge of the seedy underbelly of cities like Baltimore has led to his involvement with a number of other TV projects, including Tremé (about New Orleans), The Deuce (New York City), and D.C. Noir.

One highlight of Gene’s book is a piece called “Everyman Tony Mendez Comes In From the Cold.”  It seems that Mendez, a soft-spoken guy now living in retirement in Washington County’s Pleasant Valley, was once a CIA spymaster so crafty that in 1980, at the height of the Iranian hostage crisis, he managed to extricate six American diplomats from the U.S. Embassy in Teheran. Posing as the production manager for a fake film company, he and his team arrived in Iran purporting to scout locations for a sci-fi flick, to be called Argo. (That title was based on a crude knock-knock joke then making the rounds of his office.) In the course of their “location scout,” Mendez and company managed to smuggle out the six frightened Americans who’d been in hiding for months.

If Argo sounds familiar, it’s because in 2012 an actual Hollywood film was made, chronicling Mendez’s exploits. He was played on screen by Ben Affleck, who also directed. Alas, Mendez himself passed on due to complications from Parkinson’s in 2019.  Gene had interviewed him in 2012, and still treasures the autograph Mendez gave him, written with a shaky hand. 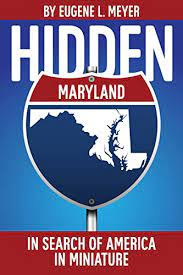 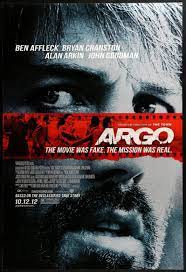